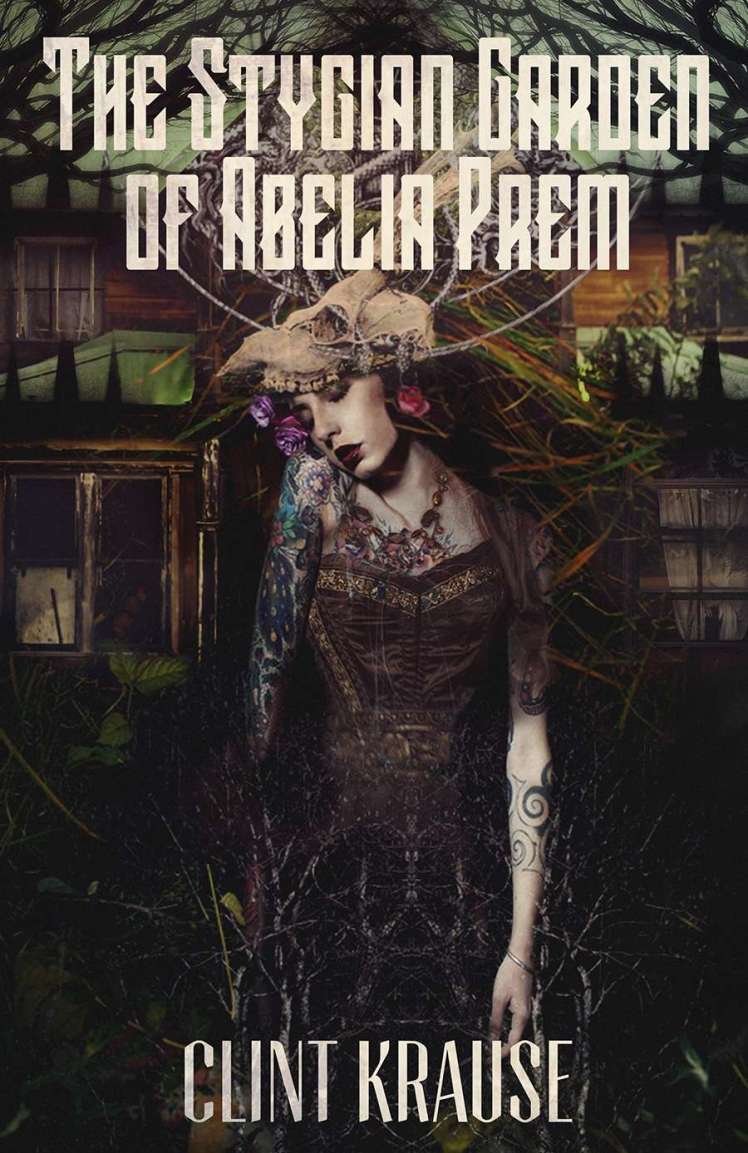 It is that time of the current year, when one can almost taste the coppery tang of harnessed potential and invisible forces stirring into uncertain patterns of destructive force, that one is compelled to look beyond the narrow horizon of one’s preferences to step out into a larger world. Today we shall resist that compulsion and instead stride ever onward on the beaten path.

The Stygian Garden of Abelia Prem is that rarest of animals, the 3rd party retroclone adventure. Like a unicorn or a Mk II Tiger Tank, its rare appearance causes consternation and delight in equal measure. Kickstarted and authored by the enigmatic and seldom heard of Clint Krause, Stygian Garden is a nice foray into faery-tale esque weirdness without the habitual trappings of SHOCK AND OUTRAGE I have sadly come to expect from mainstream Lotfp (or at the very least adventures by James Raggi). Proper fucking weird fantasy.

Stygian garden takes place in a dilapidated mansion and its overgrown garden, haunted by animated marble statuary and odd faery-tale creatures, and concerns a quest for a rose that is said to have been harvested from the banks of the River Styx itself. The faery-tale weirdness permeates the adventure and represents a nice deviation from the more common lovecraftian horror or traditional S&S fantasy smorgasboard that dominates most of the nominally very creative OSR. There is mention of Dwarves and the whole feels a bit too fantastical for Loftps default 17th century setting but I guess one could always place the mansion of Abelia Prem in another dimension or blame it on gypsies or whatever. You could probably dump it in Zak’s Vornheim without causing too much of a thematic cacophony, provided you find a way around the differences in climate (Vornheim snow, Abelia Prem house verdant overgrown garden). For a homegame you should be able to fit it in without much trouble, provided you lean more towards the early reinassance/late medieval then the early medieval/antiquity period.

It begins with a page of introductory backstory followed by a rumor table.

The adventure has some very nice thematic elements to it and sets up the menace of the animated statuary well in advance. The monsters are kind of neat; animated marble cherubs, a giant kelp-bearded frog, intelligent buzzards dressed in finery, mixed with the more traditional plant monster or horse sized giant spiders. Treasure is also pretty well done, no 200 sp worth of jewels bullshit. Enchanted acorns, roses with magical effects, gilded birdcages, dead faeries worth money to the right buyer, the precious treasure that is difficult to remove and might cause doom if the players do so ™, rare fish worth more dead then alive (neat!) and a unique magical item to top it off. Its good that some of the plants have magical effects that feel magical, and avoid being too game-y. Take this for example:

3. Love-Me-Not If worn over the heart as an amulet, this brownish clover exempts the wearer from all romantic feelings. They will neither inspire nor pursue romance in any form. They are completely immune to all amorous passions and preoccupations. If eaten by a pregnant woman, she suffers an immediate miscarriage. There’s enough here for 1d6 uses (worth 10sp per use).

That’s awesome. A point of criticism is that the treasure may be a little too easy to find at times, but that is a minor grievance.

Good map too, with its avoidance of linearity.  It has a certain…verisimilitude to it? It feels like a small mansion and overgrown garden, not like a dungeon made to resemble a mansion. We even receive, if we are perceptive enough, the opportunity to discover a secret shortcut.
My only real gripe is that while the aesthetics of the place are really nice, the adventure itself is standard in structure. There is not really an opportunity for faction play (though there is the odd opportunity for roleplaying here and there). Most of the monsters are not intelligent therefore they need not be outwitted but merely avoided or outfought. The adventure is simply a very atmospheric and well-executed take on the humble exploratory dungeoncrawl.

There is a reason stuff like this is is so prevalent, because it is fun and it works. Nevertheless, I almost feel like the adventure is a bit too simple. Some puzzles, opportunities to solve combat through negotiation or faction play, a stealth section or a unique twist or mechanism would have made it stand out. As it is, this is simply a fun, perfectly wholesome exploratory adventure with nice atmosphere and above average treasure and monsters. If you need yet another one of those, this is a good un.

Cons: Just another standard exploratory adventure with little to distinguish it other then above average execution of a format that has been done to death. Little opportunity for negotiation, roleplaying or creative problem solving. Simple rules suggestions for handling the odd deviation into the murky realm of magical botany are nice though.

Final Verdict: Nice atmosphere and very little stylistic errors, but do not expect minds to be blown. Perfectly good for some weird fantasy expeditioning ah la carte though. And you can make an insane pixy friend. I guess that counts for something. The mirror universe Death Frost Doom. 6.5 out of 10 roses for poor Abelia Prem.

Also if you can’t do more then 30 push-ups you are gator bait.